The rotary solenoid (RS) type IAC valve is located on the throttle body and intake air bypassing the throttle valve passes through it.

In this way the intake air volume bypassing the throttle valve is regulated, controlling the engine speed.

The ECM operates only the IAC valve to perform idle-up and provide feedback for the target idling speed. The IACV receives its power from the EFI relay and ground through the ECM. There are two styles of rotary solenoid IACVs. The older style uses two driver circuits, one driver for each coil. The newer style uses a single driver circuit, one coil is controlled by the ECM while the other coil is always grounded. They are not interchangeable. An easy way to tell which type of rotary solenoid is to use the wiring schematic. The older style has two wires connected to the ECM while the newer type has one connected to the ECM and the other wire connected to ground.

The ECM varies the on time (duty ratio) for each coil. The difference in strength between the two magnetic fields determines the position of the valve. The frequency is very high, 250Hz. This high frequency helps the valve maintain the correct position for proper airflow.

The difference with this type of IACV is that the ECM sends a duty cycle signal to one coil inside the IACV; the other coil is always on. To change the IACV position, ECM changes the duty ratio in the controlled coil.

If the electrical connector is disconnected or the valve fails electrically, the shaft will rotate to a position determined by the balancing of the permanent magnet with the iron core of the coils and the bi-metal strip. The cold idle will not be as fast as normal and the warm idle will be higher than normal. Using a bimetallic strip allows the IACV to change airflow rate with the change in temperature. The default rpm is approximately 1000 to 1200 RPM once the engine has reached normal operating temperature.

Engine Starting. As the engine is started, the ECM opens the IACV to a preprogrammed position based on coolant temperature and sensed rpm.

Warm-up. Once the engine has started, the ECM controls the fast idle based on coolant temperature.
As the engine approaches normal operating temperature, engine speed is gradually reduced. At this time the ECM is comparing actual idle rpm to the target rpm.

Feedback Control. The ECM utilizes a feedback idle air control strategy (which functions very much like the stepper motor IAC system). That is, when the actual engine speed is lower than the target idling speed, the ECM signals the IACV to open. Conversely, when the actual idle speed is higher than the target idle speed, the ECM signal the IACV to close.

Before a change in engine speed can occur, the ECM has moved the IACV to compensate for the change in engine load. This feature helps to maintain a stable idle speed under changing load conditions. These speed specifications can be useful when troubleshooting suspected operational problems in the IAC system or related input sensor circuits.

NOTE: If the battery is disconnected, the some ECM must relearn target step positions.

Connect the positive (+) lead from the battery to terminal +B and negative (-) lead to terminal RSC and check that the valve is closed.

Connect the positive (+) lead from the battery to terminal +B and negative (-) lead to terminal RS0 and check that the valve is open.

If operation is not as specified, replace the IAC valve. 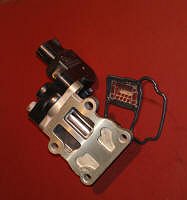 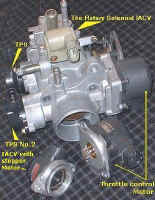 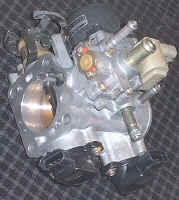 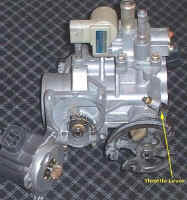 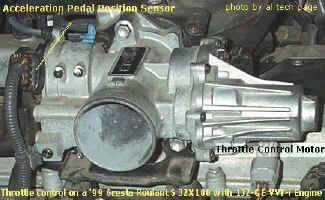 Electronic Throttle Control System - intelligence (ETCS-i) has several advantages because the ECM will position the throttle valve for optimum performance. In a mechanical system, the opening rate of the throttle valve is controlled directly by the driver. ETCS-i can control the rate for better engine performance. On vehicles equipped with Vehicle Skid Control (VSC), ETCS-i will adjust the throttle valve to maintain traction on acceleration. The ISC system and cruise control functions are part of the ECTS-i system. There is also a limp home feature if the system is shut off.

Operation The following describe the functions of the major components of ETCS-i.

ETCS-i Control Modes. The ECM drives the throttle control motor to a target throttle angle as determined by operating conditions. The following describes the different modes:

The throttle motor can be in any one of the following five modes:

The motor circuit consists of four control transistors on the MO and MC circuits. One transistor supplies power and the other transistor completes the path to ground. This configuration allows the ECM to control the direction of current through the motor. This circuit is also pulsewidth modulated to control the rate of throttle movement and to hold the throttle in a given position. For rapid throttle opening, the pulse width duty ratio will be high (current flow high) for rapid movement. To hold the throttle in the desired position, the ECM applies enough current to oppose spring pressure. If the traction control mode is engaged, the pulsewidth will be less, limiting the rate of opening from idle. If the throttle valve is opened too far, the ECM will decrease the pulsewidth closing the throttle.

Diagnostics When ETCS-i is in Fail Safe mode, the driver will notice the pedal travel is longer in relation to engine response and that the MIL is on. Retrieve the DTCs and follow repair manual procedures.